A Midsummer Night’s Dream in Greenlandic

Birgitte Nystrøm was in Nuuk, capital of Greenland, from 6/1/18 – 20/1/18 working at the Greenlandic National Theatre alongside Jennie Buckman with students from it’s connected Drama School leading a Shakespeare and acting/improvisation skills workshop.

Birgitte and Jennie are going back to Nuuk in May and June to co-direct  A Midsummer Night’s Dream in Greenlandic! Translated by Makka Kleist. It is the first time an entire Shakespeare play has been translated into Greenlandic and will be performed in Greenlandic, a world first!

The magical world in the play will be represented by spirits from the rich Greenlandic mythology.

It is a collaboration between The Greenlandic National Theatre and it’s own drama school, involving graduating actors and an existing professional ensemble.

Exciting to be part of it, see you there?

Unfortunately Jennie became very ill and was unable to go back to Nuuk a second time – which meant Birgitte directed the play on her own with invaluable help, knowlegde and inspiration from the late Jennie Buckman.

It was an amazing experience…really great to be at the Greenlandic National Theatre in Nuuk. The actors brought such skill, energy and freshness to Shakespeare’s play. Got 6 out of 6 stars reviews. Wonderfull that there were so many young people amongst the audience and that they thoroughly enjoyed the 400 year old play.

Birgitte had a great and interesting time as ARTIST IN RESIDENCE with Åsa Frankenberg in Oqaatsut, Greenland, Arctic Culture Lab. March 2022. Oqaatsut is a small settlement north of Ilulissat. Project to follow in summer of 2023. 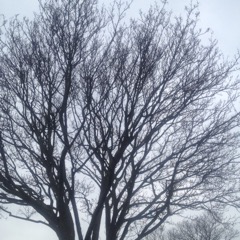 ‘Tis the time’s plague, when Madmen lead the Blind’.

Continue working with Shakespeare in collaboration with Rikke Liljenberg.